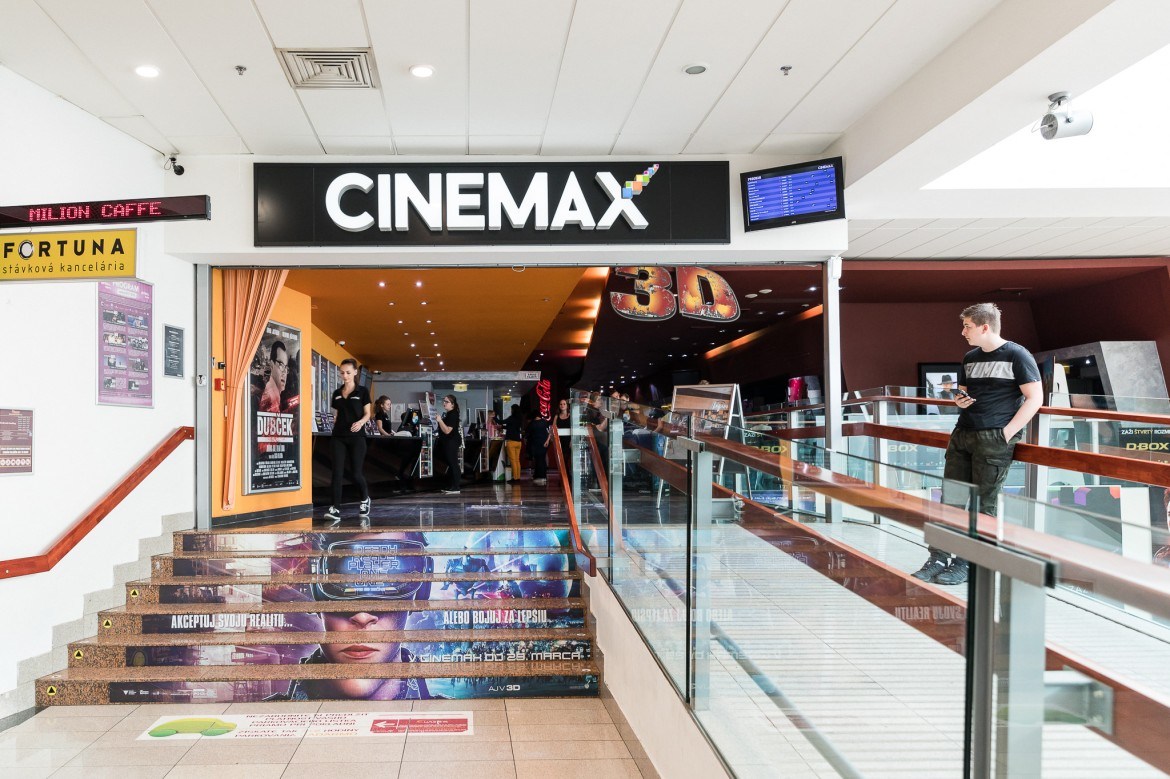 Films have been showing in the CINEMAX BANSKÁ BYSTRICA cinema since 2011 in six cinemas. From the rich programme offer, really everyone can choose something - whether they are a fan of blockbusters or like more demanding titles for real connoisseurs. In addition, in the CINEMAX BANSKÁ BYSTRICA cinema you can also experience other cultural events such as live broadcasts or recordings from concerts, operas, ballets, or outdoor and other film festivals. The cinema is also a member of the European cinema network Europa Cinemas, which guarantees a rich selection of quality European productions.

half an hour before the first performance